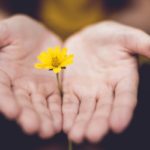 The Power of Forgiveness

The REACH method teaches how to overcome lingering bad feelings toward someone who did you wrong.

Almost everyone has experienced being wronged by someone. It could be a former co-worker, friend, or family member. But hanging on to those negative feelings can do great harm to your health.

“Forgiving a person who has wronged you is never easy, but dwelling on those events and reliving them over and over can fill your mind with negative thoughts and suppressed anger,” says Dr. Tyler VanderWeele, co-director of the Initiative on Health, Religion, and Spirituality at the Harvard T.H. Chan School of Public Health. “Yet, when you learn to forgive, you are no longer trapped by the past actions of others and can finally feel free.”

Learning to let go
There are two sides to forgiveness: decisional and emotional. Decisional forgiveness involves a conscious choice to replace ill will with good will. “You no longer wish bad things to happen to that individual,” says Dr. VanderWeele. “This is often quicker and easier to accomplish.”

For emotional forgiveness, you move away from those negative feelings and no longer dwell on the wrongdoing. “Emotional forgiveness is much harder and takes longer, as it’s common for those feelings to return on a regular basis,” says Dr. VanderWeele. “This often happens when you think about the offender, or something triggers the memory, or you still suffer from the adverse consequences of the action.”

Practicing forgiveness can have powerful health benefits. Observational studies, and even some randomized trials, suggest that forgiveness is associated with lower levels of depression, anxiety, and hostility; reduced substance abuse; higher self-esteem; and greater life satisfaction. Yet, forgiving people is not always easy.

“It’s not that men can’t forgive, but for some it’s more of a struggle,” says Dr. VanderWeele. It’s not clear why, but perhaps these men have learned to suppress certain emotions. “It also can be difficult for men to admit to themselves that there was this great offense that still bothers them,” says Dr. VanderWeele.

Practice small acts of forgiveness
One way to get more comfortable with forgiveness is to practice small acts in everyday life, says Dr. Tyler VanderWeele, co-director of the Initiative on Health, Religion, and Spirituality at the Harvard T.H. Chan School of Public Health. For example, if someone is rude or cuts you off in traffic, use that moment to recognize the wrong, realize it wasn’t directed at you personally, and forgive him or her on the spot. “This way you also can learn to immediately stop the negative reaction and the feelings that come with it,” says Dr. VanderWeele.

Reaching for a solution
One of the best ways is to practice forgiveness is with the REACH method. REACH stands for Recall, Emphasize, Altruistic gift, Commit, and Hold. Here is a look at each step.

Recall. The first step is to recall the wrongdoing in an objective way. The goal is not to think of the person in a negative light nor to wallow in self-pity, but to come to a clear understanding of the wrong that was done. Visualize the person and situation and all the feelings that come with it. Don’t push aside anything, especially if it makes you feel angry or upset.

Empathize. Next, try to understand the other person’s point of view regarding why he or she hurt you, but without minimizing or downplaying the wrong that was done. Sometimes the wrongdoing was not personal, but due to something the other person was dealing with. “People who attack others are sometimes themselves in a state of fear, worry, and hurt,” says Dr. VanderWeele. “They often don’t think when they hurt others, and they just lash out.”

Altruistic gift. This step is about addressing your own shortcomings. Recall a time when you treated someone harshly and were forgiven. How did it make you feel? Recognizing this helps you realize that forgiveness is an altruistic gift that you can give to others.

Commit. Commit yourself to forgive. For instance, write about your forgiveness in a journal or a letter that you don’t send or tell a friend. “This helps with the decisional side of forgiveness,” says Dr. VanderWeele.

Hold. Finally, hold on to your forgiveness. This step is tough because memories of the event will often recur. “Forgiveness is not erasure,” says Dr. VanderWeele. “Rather, it’s about changing your reaction to those memories.”

When the bad feelings arise, remind yourself that you have forgiven and ultimately you want good for the offender. If needed, revisit your commitment by reading your journal entries or letters, or recalling the shared conversation with a friend.